It all started with an IM, later confirmed with a SMS while I was on the way to a media event and within 2 hours – #63 was on his way to pick me up for dinner. Hooray! I hadn’t seen him in a while and since he was going to be away for Xmas and New Year’s very shortly – today was indeed timely for a good ol’ catchup.

A 10-minute wait led to a 50-minute wait for the man. I felt completely bad. We would have gone for Ning’s show if I managed to get off from the event earlier but eventually settled for some nice hot Shabu Shabu at Vivo’s. Yum!

Managed to sneak in some shopping after we quickly gobbled our desserts…and I almost got my Xmas pressie from Kris, except that what I wanted wasn’t in stock. Oh damn!
Catching up was great. Think I over-talked and made so much noise that Kris was starting to get annoyed with me at one stage and threaten to drop me off in the middle of the expressway… 😡 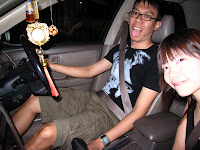 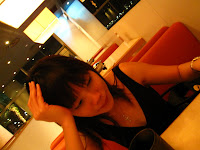 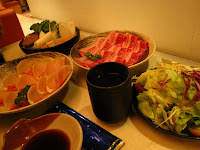 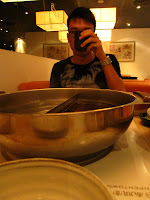 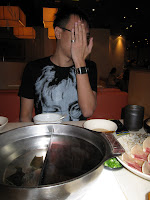