The first weekend after work started full-steam for 2009 was nothing short of amazing for both Bobo & I. We had taken leave on bobo’s birthday, like we always have in the past 2 years and our weekend inevitably began on Thursday evening.

For me, the birthday weekend came flying faster than I imagined. This year was the least prepared one for me thus far – I wasn’t sneaking in a cake at midnight, I forgot to get the man a birthday card, I didn’t arrange any house or McDonalds surprises with his buddies – and almost forgot to book ourselves a birthday dinner celebration until 4 days before…(phew)

And it was all because I had given him his birthday present at Xmas (since it was a combined of Xmas/Birthday/Valentine’s) and since I knew how much he’s been loving his new watch (and so have his other friends admired it so), I sorta took the other things a little too slowly…!

His birthday morning was like any other work morning, except that we slept in for another 2 hours before deliberating if we should play some tennis. I was all gamed for some exercise, plus the weather was pleasantly favourable with plenty of clouds from the harsh sun and cooling wind.

Not wanting to waste any time in between (plus Bobo was getting a little upset with one of the contractors who argued despite not delivering his promise on the shoe cabinet), I got us both out of the home nice & fresh and headed to town, where we had coffee, walked around for a bit before revealing the secret location that we were going to have dinner at.

Dinner was at The Cliff. I got quite frustrated trying to get a reservation for this one and had the White Rabbit as a back-up plan, fortunately The Cliff did get back to us with a confirmation as White Rabbit was booked for a private event.I could see that the husband was pleased as he walked past the entrance of The Cliff. He had mentioned that he liked the concept of The Cliff for its lush greenary & the view of the South China Sea.

The staff at The Cliff impressed us exceptionally with their service, knowledge as well as the food presenation. Every dish was explained to us coupled with some complimentary appetizers & desserts from the chef! Nice! We had an awesome evening from pre-dinner cocktails to entrees, to main course before finishing off with a sweet treat. Both the husband & I were utterly satisfied. But what he didn’t know was that I had planned something more…

I suggested having a couple of beers around the vincinity and I’m sure the husband smelt a rat when I specifically wanted to go Wala-Wala on the pretext of listening to the band. But the plan went on good, we hung out for an hour talking about work before a lady ‘accidentally’ bumped into him and went “Luke!” Needless to say, the husband reciprocated and went “Hi!!” not ready for what the lady was about to say.

“Hey Luke, remember, we hung out at Balaclava last week?” The husband’s face changed. He was quick to mention that the lady probably identified the wrong person, but she went on to confirm “but you’re Luke right? Remember how we hung out?”. I kinda fell for the trick too…insisting that Luke was with me all week last week and that she probably got the wrong person, until I saw one of his tennis buds sneakingly appearing from the side. It was a trick, and Luke was all flushed & blushed! Hahahahaha. Damn I wished I had a spy cam then.

I managed to round up most of his tennis folks for a couple of drinks and turns out that these fellows were real good sports. The mid 30 year-olds were ordering rounds after rounds of shots, with everything from Sex on the Beach to Slippery Nipples. It was easy to tell what they were clearly missing…hahaha. It was also very heartening to see the man having the time of his life, and embracing the mid 30s happily.

The next 2 days of the weekend was recovery for me. I had sharp jolts attacking my abdomen every now and then which was bothering me quite a bit. I later found out that I was actually suffering from mild food poisoning *gasp*. So Saturday was spent watching TV and sleeping a lot…while Sunday was spent trying to curb the horrible pain & managing some shopping in between. We also spent the afternoon at arab streetwhere the husband & I learnt so much about the different carpets from a very nice merchant.

It was indeed a very fulfilling weekend and I wouldn’t have it any other way. 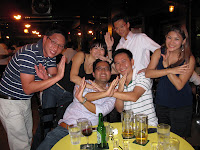 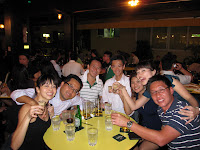 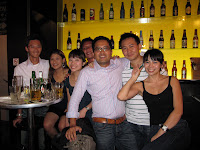 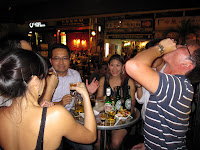 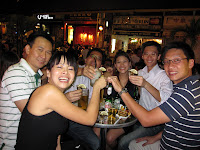 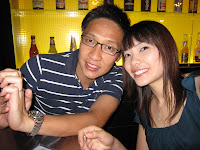 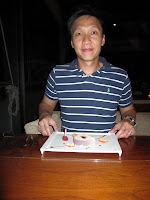 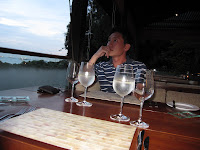 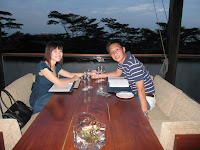 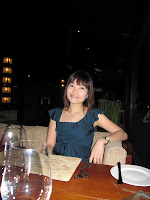 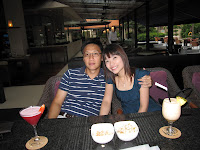 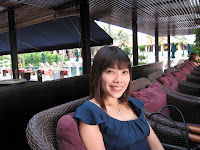 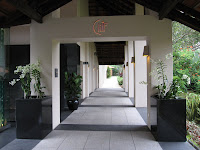